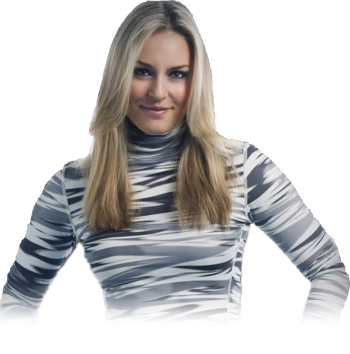 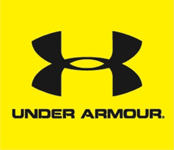 Independent studies conducted at some of the nation’s top universities and research centres have proven the benefits of Bite Tech’s technology and The Under Armour Performance Mouthwear (TM) products.

Garner, D.P. and Dudgeon, W.D. (2011). The Effects of Mouthpiece Use on Cortisol Levels During an Intense Bout of Resistance Exercise. The Journal of Strength and Conditioning Research.

According to a new study published in the Journal of Strength & Conditioning Research (October 2011), an ArmourBite® Mouthpiece can significantly lower an athlete’s cortisol levels after one hour of intense exercise.

Lowering an athlete’s cortisol levels more quickly after exercise gives the muscles an opportunity to repair faster and help prepare an athlete for the next workout.

New research published in the Journal of the American Dental Association finds that wearing an ArmourBite mouthpiece improves endurance, exercise intensity and recovery.

The study, led by Dr. Dena Garner, head of the Department of Heath, Exercise and Sports Science at The Citadel, showed that participants wearing an ArmourBite Mouthpiece during steady state exercise experienced significant improvements in their oxygen and carbon dioxide exchanges. Specifically, the participants wearing ArmourBite took in 29% more oxygen, while expelling 21% more carbon dioxide than the subjects not wearing the mouthpiece.

“Our initial research showed an improvement in endurance, but this latest study identifies the exact gas exchange mechanism that was contributing to those positive results,” said Dr. Garner. “These endurance findings are significant for any athlete, but particularly those involved in endurance sports such as running, triathlons, football, hockey and soccer.”

This gas exchange study is the latest in a series of mouthpiece research conducted at The Citadel and previously published in Compendium, a peer reviewed dental journal (July/August 2009). According to prior research, the ArmourBite Mouthpiece creates a slight separation between the lower and upper teeth, while in turn shifting the jaw down and forward. This repositioning has been proven to help reduce cortisol and lactate levels.

Bite Tech, Inc., created the ArmourBite technology featuring the company’s patented Power Wedges, and is available in Under Armour Performance Mouthwear that is custom fit by authorized providers or available in a “boil and bite” version sold at Under Armour’s key retail outlets.

Studies have proven that UA Performance Mouthwear will help an athlete improve strength, endurance and reaction time, reduce athletic stress, and with the mouthguard, reduce impact from blows to the jaw.

The Effect of Mouthpiece Use on Muscular Endurance

Purpose: To test if the influence of wearing a mouthpiece can improve muscular endurance. Methods: Participants took part in a 2 day experiment.  On the first day, participants performed their maximum amount of repetitions at 75% of their 1 repetition maximum of the preacher curl exercise and bench press without a mouthpiece. On day 2, participants performed the same exercise with a mouthpiece (The Edge, Bite Tech Corp.).  This mouthpiece was specifically fitted to each subject with a boil and bite technique.  Results: The use of the Bite-Tech mouthpiece significantly increased muscular endurance in both males and females. The results were run using a dependent t-test using SPSS. Our dependent t-test results had a p-value of .03 for bench press (10% improvement) and a p-value of .004 for preacher curl (17% improvement). Conclusion: The results of this study show that the use of a mouthpiece improves one’s muscular endurance, specifically in the bench press and the preacher curl exercises.

Alexander, Cherie (1999). A Study on the Effectiveness of a Self-fit Mandibular Repositioning Appliance on Increasing Human Strength and Endurance Capabilities. Knoxville, University of Tennessee

Garner, D.P. and McDivitt, E. (2009). Effects of mouthpiece use on airways Openings Lactate Levels in Healthy College Males. Compendium: A Supplement of Continuing Education in Dentistry, 30(2):9-13.

Garner, D.P. and Miskimin, J. (2009). Effects of Mouth Piece Use on Auditory and Visual Reaction Time in College Males and Females.Compendium: A Supplement of Continuing Education in Dentistry, 30(2): 14-17.

Padgett, Katie (2005). Evaluation of the Effects on Human Performance Characteristics and Peak Head Accelerations with the Use of Various Intra-Oral Appliances. Knoxville, University of Tennessee.